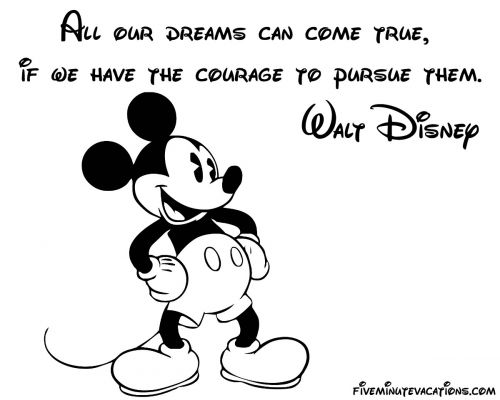 The other day I had a distributor come to me and poured her heart on the struggles she was having.  Not only in her business but in life.  She had according to her struggled with enthusiasm for anything, had a hard time getting started with her day, had a hard time making prospecting calls,

After several minutes of this, she had basically confirmed that
she had a lot of fear, it was holding her back, and it’s
been going on for a long time.

She went on to tell me she had a tough time asserting herself and
that the people around her weren’t supportive of her goals
and dreams.

I’m sure you’ve felt like this one time in your life and maybe
even now.

We talked for about 15 minutes and I shared a little bit about the people who I have mentored and worked with over the years who have encountered the same challenges that she was going through.  I also shared with her unfortunately the people who love you the most don’t necessarily support you in the achievement of your goals, this is definitely not uncommon particularly in our industry of Network Marketing.

Then I specifically talked about one of our million dollar earners  who encountered great difficulty with her family when she got started.  Everyone in her family thought she was crazy to pursue her dreams.

Like her she did not get the support even though her family loved her but they didn’t know if she ever make it, so they were just protecting her from failure. In her first year in business it was a major struggle stopping and starting, wondering if her family was right, my whole focus with her was to really come with her from every angle using all the tools available to helping her believe in herself.

Many people on the outside don’t realize what an entrepreneur
really goes through to make his or her mark in this world.  All they see is the success a person standing on stage accepting an award, the person who they may think they just had the magic touch or were just lucky.

They see the success, but they don’t see the struggle, the times of lack of belief, the days that they did not want to get up from bed, the times that rejection was all they heard, the days that people closest to them saw the suffering in quiet desperation and told them it was not worth it, the times they had to rebuild over and over again until the team started to grow exponentially.

By this time this distributor was intrigued she started to really get focused, We were at the end of our conversation and she asked me, “Joe,
how did she do it, how did she keep going?”

I thought for a second and then I gave her my answer.

You can never give up.

You can never stop fighting for what you want in your heart.

You can never listen to naysayers.

YOU have to have the COURAGE to live your dreams.

The REWARD goes to those to take the RISK and keep moving
forward.

You and I both know YOU have it inside of you to create a
masterpiece with your life in Network Marketing.

You just might need to have a little more courage, right?

Listen, I have fear also. Everybody does.

The game is having the COURAGE to go through it.

The Courage to make the commitment that you will never quit, never think

The Courage to do what it takes all the time, each and every day.

When I received an email from her last night, she thanked me for
reminding her that what she needed was a little bit
more COURAGE.

She needed to BELIEVE in herself just a little bit more.

She needed to work on her self more with more personal self development.

She needed to understand you do not attract what you want, you attract who you are.

You’re going to accomplish great things. It might not be easy,
but with courage, perseverance and knowledge, you will do amazing
things, won’t you?

Commit to take one ACTION today with your business that will move YOU closer to your dreams.

Commit to be an inspiration to your team to your family. Be a difference maker in this great industry of Network Marketing

When You fall in LOVE with your DREAM it becomes Greater than your Fears thus you can accomplish anything.